Bringing you an inspiring update from YourStory which hosts India’s most wide-reaching flagship conferences for entrepreneurs including TechSparks, MobiSparks, eSparks, Cloud Conclave, Sociopreneurship and several meetups, bootcamps and workshops. I happen to speak to an enterprising individual about his tryst with success blended with innovation.

I am here to introduce you to one of the unicorns and promising entrepreneur. Let me just walk you all through the journey and transformation of a thorough gentleman in the field of Digital Exploitation for skill development and agro marketing, we all know him as Dr. Keshav  Kumar . He has been in the IT education domain for around close to a few decades and has been associated with nurturing and transforming the engineers to gear up for the IT world. Sure a fanatical and passionate person who dedicated major part of his career towards the expansion and progress of the would-be tech geeks whom he mentored and assisted for a suitable career. He was quite contented with his life, as he carried on the good work until he realized that it’s time to achieve big and create a mark with some materialistic approach and he gathered momentum after attending the Success Mindset session of DD which infused a spark in him to re-discover.

Today in 2026 he has become an entrepreneur and has set up his own LMS for the IT professionals seeking to learn and Develop cross platform technological skillset. The LMS also assists them finding a job compatible with the technologies mastered by the candidates. It was one of his dream to see that the gap between the academia and industry narrows, resulting in the employability of the engineers. Hopefully the NEP will make our future students more independent and creative, so they do not become a factory worker after graduation. He has also ventured into an agrotech  start-up by name XYZ which caters to the critical issues related digital marketing integration services for farm produce & creating a workable system which makes farm outputs profitable. He has initiated numerous innovative methods combining the digital world to create a profitable venture for the farmers. His desire to give back the joy to the farming community by involving them to reap the benefits of the digital world was fulfilled. He never forgot his roots and always wanted to give back to the society he came from. Currently appointed as an advisor to the Government of India, has delivered multiple TEDx talks, is a visiting lecturer to multiple universities, he has delivered sessions in HBS. Probably he has now been hailed as the true strategist for boosting the economy of the country by  upscaling the Farm Economy.

We sure were curious to know more about the transformation of his current  avataar from the past, then he shared that “Success is connected with the action. Successful people keep moving, they make mistakes, but they don’t quit”. He shared with us how he gathered few IT professionals and his colleagues, formed a team which also included few of the agri experts, and his mentees. He shared the vision to them and the idea was conceived and funding was obtained from venture capitalist to infuse the start with seed capital. After that there was no turning back and hard work paid of with valuable returns for the company as well as the farming community. The LMS was an extention of the IT education business experience of his. His lineage towards education motivated him to complete his Phd. in 2025.

It all started with a firm determination to change and challenge the past situation and do something which others had thought but were unable to execute it, Rightly said ” Knowing is not enough. We must apply. Willing is not enough we must do. His love for the farmers and agriculture backed by the Digital Revolution drove him to take a plunge to address the deep-rooted problems of the sector. Brushing off suggestions from his close associates that it’s a non-starter his self-belief and grit to overcome the deficiency made him focus on the goal. Not to forget that he also carried on with his expertise in the professional IT education domain.

When we see him today, we find that he is now more stable and is a self-contended person with a desire to extend his expertise to transform the lives of millions of people associated with farming add to it the cross domain learning systems for the IT engineers. He has become health  conscious and follows a strict schedule. The hobbies which he was not able the pursue due to work pressure have now become a routine activity, like nature travels, fishing and reading books. He has now more financial freedom which provides him the flexibility to experiment new innovations and approaches.

Discalimer : This is part of a future thought process 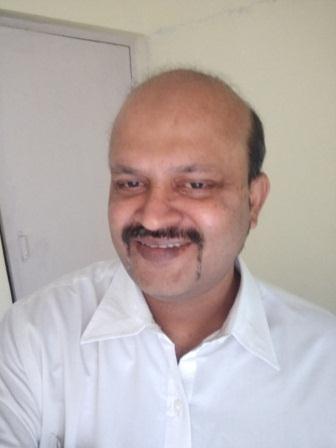 Keshav P Kumar is a mentor Digital Marketer and career advisor to engineers seeking promising career in ICT sector, he has interest in ,  Economics, Politics and social causes also and follows the farm sector.